CAN A LLP BECOME A PARTNER IN A PARTNERSHIP FIRM? 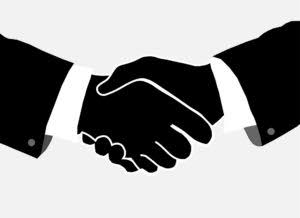 The ease of forming and operating a partnership has been instrumental in improving the ease of conducting business in India. With minimum intervention from regulatory authorities, non-obligatory registration process and wide decision-making power, the concept of partnership has gained momentum and popularity among medium scale firms where the probability of risk is much higher.

A Limited Liability Partnership (“LLP”) may appear to be similar to a Partnership but the provisions of the Limited Liability Partnership Act, 2008 (“the 2008 Act”), which govern the establishment of LLPs in India, recognize such LLPs as legal entities, as contrary to Partnerships. As soon as such entites are given a legal character, they attain perpetual succession and the capacity to sue and be sued, thereby, establishing an existence entirely separate from its partners. These entities have a common seal, limited liability and can buy, possess and sell properties (moveable or immovable) in its own name. Therefore, in light of the given legally recognized characteristics, a question arises herein – Can an LLP become a partner in a partnership firm?

The said issue arose before the Kerala High Court in Jayamma Xavier vs. Registrar of Firms (2020) wherein the Registrar of Firms declined the registration of a partnership firm constituted by Sleeplock LLP and one other individual on the ground that an LLP cannot be a partner of a firm. The Respondent, being the Registrar of Firms, highlighted the inconsistencies between the provisions of the Limited Liability Partnership Act, 2008 and the Indian Partnership Act, 1932 by further contending that the 1932 Act makes the partners of a partnership firm jointly and severally liable for the acts of the firm whereas on the contrary in an LLP, the liability of the partner is restricted only to the extent provided in the LLP agreement.

For this purpose, it is material to look into the definition of Partnership under Section 4 of the Indian Partnership Act, 1932 which lays down:

“Partnership is the relation between persons who have agreed to share the profit of a business carried on by all or any of them acting for all.”

The Kerala High Court, while scrutinizing the above definition, focused on interpreting the term “persons” to deal with the said question. Since, the term “persons” is not defined under the 1932 Act or the 2008 Act, the definition given in the General Clauses Act, 1897 was referred to be as:

“(3)(42) “person” shall include any company or association or body of individuals, whether incorporated or not”

A partnership can be entered into between two persons where such persons can be an incorporated body of individuals. The Court also relied on its decision laid down in M. M. Pulimood vs. Registrar of Firm wherein the Court found that a Private Limited Company incorporated under the Companies Act, being a corporate body, comes under the definition of “persons” and could execute a partnership deed and as per Section 3 of the 2008 Act, a limited liability partnership is deemed to be a body corporate.

The Court disposed of the present writ petition and set aside the order of the Registrar of the Firms (the Respondent herein) on the principle that Section 4 of the 1932 Act permits constitution of a firm or partnership between one or more persons. The partnership deed, in the present case, was executed between an individual and an LLP which is a body corporate having a legal entity and coming within the definition of “person”. The Court further clarified that the difference in the provisions under the 1932 Act relating to liability of the firm or the individual partners would not affect the formation of partnership with an LLP. Hence, an LLP cannot be disqualified from entering into a partnership with an individual or any other persons.