DIVORCE AND GROUNDS OF DIVORCE UNDER SPECIAL MARRIAGE ACT, 1954 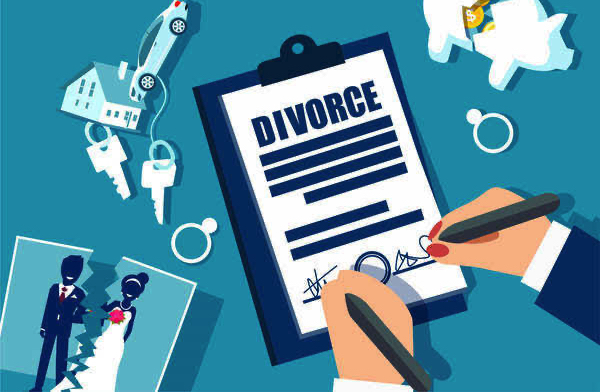 India is prominent for being a country of cultural extravaganza and religious diversity constituting a socially pluralistic and multiethnic democracy, as such interfaith marriages were inevitable. With modernization coupled with westernization, liberal education and intellect independence, there has been a constant rise in the percentage of individuals tying knots outside their own communities. People of our country are increasingly keener to find a partner of their choice rather than giving in the familial pressure of marrying within the barricades of their own caste as arranged traditionally.

However, inter-caste marriages are still associated with a lot of stigmas. With a view to eradicate such notions, the Special Marriage Act, 1954 was enacted to provide for special form of unrestricted inter-religious marriages which could not be solemnized under the various religious customs. The applicability of the Special Marriage Act, 1954 extends to every individual who is a Hindu, Muslim, Sikh, Christian, Jew, Buddhist living in India as well as Indian nationals residing overseas. Hence, the Act allows marriage between two individuals irrespective of the caste and religion they follow and without the need to renounce their religion which the antecedent enactment required.

In order to bridge the gap contained in the Act of 1872 and to bring it at par with prevailing personal laws, the Act contains special provisions for registration of marriages, its dissolution and other relating aspects as enumerated below.

Requisites of a Valid Marriage under the Act:

1. The parties must have completed the minimum age limit to marry i.e., 21 years for bridegroom and 18 years for the bride;

2. Neither party must be married or have any living spouse;

3. The parties must be capable of giving valid consent i.e., they must not suffer from unsoundness of mind or mental disorder; and

4. The parties must not be within the prohibited degrees of relationship.

The abovementioned conditions clearly showcase the lack of hindrance of religion and caste formalities. Any person desiring a civil form of marriage can get married under this Act. In fact, two individuals belonging to different nationalities come under the ambit of this Act as well.

Divorce under the Act:

A person can file a petition for divorce in the District Court under the Special Marriage Act, 1954 only if his/her marriage has been solemnized under the Act after satisfying the abovementioned requisites. The Act provides for several instances whereby the parties may desire to terminate the marital bond, such grounds maybe divided into three parts as follows:

Grounds for Divorce (available to both the parties):

A single act of consensual extramarital intercourse would be sufficient to constitute the ground of adultery. It is to be noted that a mere attempt to commit such an act doesn’t constitute adultery. Though the Act provides for adultery as a ground of divorce, it is, however, backed by traditional religious principles since committing such an act often destroys the sanctity and scaredness of marriage.

Desertion can be defined as “complete repudiation of marital obligations”. A petition for divorce can be filed on the ground of willful withdrawal of a spouse from the marital bond without any reasonable cause for a continuous period of two years. However, such a withdrawal must not be consented to by the abandoned spouse. To constitute the ground of desertion, there must be intention to desert plus actual physical or mental abandonment.

If a spouse is convicted for a period of seven years or more for an offence under the Indian Penal Code, the other spouse can file a petition for divorce on such ground. However, a decree of divorce shall not be granted if such petition is filed after competition of three years of the seven year or more imprisonment.

The term ‘cruelty’ is construed according to the definition laid down in Russell v. Russell (1897 AC 395). According to such definition, cruelty can be defined as any act, conduct or behaviour which causes apprehension to one’s life or causes harm to one’s health and/or reputation or causes mental agony. Here, more than the intention of the spouse, the behaviour and conduct is taken into consideration where such a conduct/behaviour must be so grave that it should not be possible for any reasonable person to tolerate such conduct.

If a party is suffering continuously or intermittently from a mental disorder to such an extent that its’ not reasonably possible to live with him, then the other party can file a petition for divorce by invoking such a ground. However, a marriage shall be treated as voidable if a person had been suffering from mental disorder before solemnization of marriage, without the knowledge of his/her spouse.

These types of diseases are more commonly referred to as sexually transmitted diseases. A party suffering from a venereal disease in a virulent and communicable form is sufficient ground for filling a petition for divorce. However, such party must not have contracted the disease in question from his/her spouse. The Act does not specify the duration of the disease to subsist neither does it mention curability or lack if it.

A petition for divorce can be filed on the ground that the spouse has been suffering from leprosy considering that it has not be contracted from the other spouse. It is to be noted that leprosy under the Act need not be ‘virulent’ or ‘incurable’ in nature as required under the Hindu Marriage Act, 1955.

A party can file a divorce petition on the ground that the other party to the marriage has not been heard of being alive for a period of seven years or more by those who would have naturally heard of him.

Non-Resumption of Cohabitation after a decree of Judicial Separation

The principle behind Judicial Separation is to distance the parties from each other for contemplation so as to encourage the possibility of reconciliation. But if even after one year from the date of decree of Judicial Separation cohabitation has not resumed, either party can file a divorce petition on such ground. It is to be noted that single act of cohabitation doesn’t constitute ‘resumption’.

Non-compliance with a decree for restitution of conjugal rights

When such a decree has been passed under the Act and even after one year of passing the decree, there has been no restitution of conjugal rights/obligations, either party can file a divorce petition.

Grounds for Divorce (available only to wife):

The wife can seek divorce on any of the following grounds: –

1. If the husband has committed an offence relating to rape, sodomy or bestiality. A decree of divorce shall, however, be granted only when the husband’s guilt is proved before the court of law and he’s convicted for committing such an offence.

2. If cohabitation has not resumed even after one year of passing of the decree of maintenance in favour of the wife.

Both the parties to a marriage may jointly present a petition for divorce before the District Court on the grounds that:

1. they have been living separately for a minimum period of one year;

2. they have not been able to live together; and

3. they have mutually decided that their marriage should be dissolved.

1. That the petition has not been withdrawn.

2. That the marriage is solemnized in accordance with the provisions contained in the Act.

3. That the averments contained in the petition are true.

4. That the consent of either party to the divorce has not been obtained through fraud, coercion or undue influence.

5. That the petition is filed within the specified time limit.

The Court, on being satisfied with the abovementioned considerations, shall pass a decree for dissolution of marriage. It is imperative to note that the petition can, however, be filed only after one year of solemnization of marriage i.e. from the date appearing on the wedding certificate in the marriage certificate book.