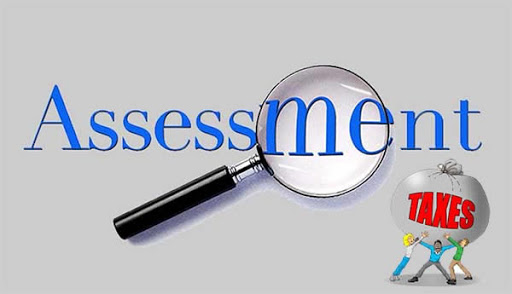 For the purpose of determination of the place of residence of the companies the concept of POEM is been introduced in Finance Bill 2015 which amended the Section 6 of the existing Income Tax Act, 1961, replacing the words stated there control and management by Place of Effective Management.

The condition for determination of residential status of the company will be on:

2)The foreign company- then the test of POEM is applied.

Poem is universally recognised test for the purpose of determination of the residential status of the company, which is either incorporated in a foreign Jurisdiction, as per the explanation facilitated in section 6(3) POEM mean, any place where key management and commercial decision that are of quitessential importance taken or decisions which are necessary for the conduction of a business.

Hence, foreign company is considered resident in India if the place where key management and commercial decision that are of quitessential importance taken or decisions which are necessary for the conduction of a business are taken in India. To bring to tax those companies that are incorporated outside India but controlled from India, the condition of POEM has been introduced.

CBDT issued guidelines for determining POEM by way of Circular No 6 of 2017 dated jan 23 2017 states that:-

The foreign company whose turnover is 50 crore or more , its POEM will have to be seen.

For the purpose of determination of POEM, we need to see:

A) ABOI .i.e the test which check whether the company is engaged in an active business outside India or not , and if it satisfied, then POEM is outside India

B) Majority of Board meeting Held Outside India:

The ABOI test lays down that, for the purpose of sound determination active business outside India following is to be analyzed:

b) The 50 % or more of the aggregate assets of the company are situated outside India.

c) The 50 % or more of the total no of Employees employed in the company are situated outside India , or 50% or more are not the resident in India

CASES IN WHICH ABOI is not situated Outside India , – in such scenario The POEM will be determined after analyzing the following.

• And identification of the place where the decision are taken meaning of the term “Business Connection”.

A relationship of business of Non- resident with Indian Territory which yields profits or gains to NR, then such income will be deemed to accrue or Arise in India. The connection between the business of NR and India is known as business connection.

Non Resident will have business connection in India if

a) If an agent or any person habitually conclude contract on behalf of Non Resident, or

b) If the agent or the person plays principal role in concluding contract on behalf of Non Resident, or.

c) If the agent or the person maintains stocks and delivers in India on instructions of Non Resident ,or

d) The agent or person habitually secures orders mainly and fully for the Non Resident,

Income from such business connection to the NR will be income deemed to accrue or arise in India, even if it arise outside, Provided the Agent should have dependent status and not the independent status

E.g. if agent has independent status where he is securing order for many Non-Resident and having independent status, then there will be no business connection, hence only if the agent secures orders mainly and fully for the Non Resident,

Explanation 2A attached to section 9(1) states applicable from 1st march 2019, significant economic presence of a particular NR in India then , the NR will have business connection in India, nature of transaction should be such that transaction in respect or good service which includes download of data etc. in respect.

a) If the agent /person is just purchasing in India and exporting, neither selling, nor concluding any contract in India

b) If the agent or person is just collecting news and views in India , for transmission outside India

d) If the foreign company is mining diamond outside India, and just displaying raw uncut diamond in India , in the specific zones notified by Indian government in India.