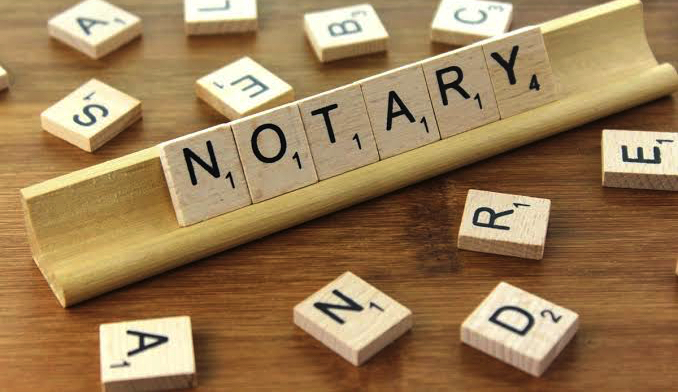 [*The relevant sections and statutes have been mentioned in brackets]

A notary is a person appointed by the Central Government or State Government to perform notarial acts as an impartial witness, verifying the identity of the person signing and that such person signed in the presence of the notary.

2. What are the functions of a notary?

Functions of a notary include certifying the execution of a document, administering oath to or taking affidavit from any person, translating and verifying the translation of a document from one language to another, acting as a Commissioner to record evidence in any civil or criminal trial if so directed, etc.

3. Why are documents notarised?

4. What is the effect of notarising a document?

Notarising a document adds a layer of authenticity to the execution of the document. A notarised document assures that the document is authentic and can be relied upon.

5. Are notarisation and attestation the same?

On the other hand, an attesting witness signs immediately after the execution of the document only for the purpose of proving and identifying the maker of the document.

6. Is it compulsory to notarise a Power of Attorney?

Section 4 of the Powers of Attorney Act, 1882 requires that the execution of an instrument creating a power of attorney must be verified by affidavit, statutory declaration or other sufficient evidence.

Section 85 of the Indian Evidence Act, 1872 states that there is a legal presumption of the execution and authentication of a power of attorney that has been executed before, and authenticated by, a notary (or any Court, Judge, Magistrate, Indian Consul or Vice Consul or representative of the Central Government).

Section 57 of the Indian Evidence Act, 1872 lists down the facts of which a court must take judicial notice and sub section 6 includes the seal of a notary.

8. What are the qualifications required to become a notary?

(i) An advocate who has completed at least 10 years of practice (7 years in the case of women, Scheduled Castes, Scheduled Tribes and other Backward Classed), or

(ii) a person who is part of the Indian Legal Service under the Central Government, or

(iii) a person who has been at least for 10 years a member of Judicial Service or held office under the Central Government or State Government requiring special knowledge of law after enrollment as an advocate or held an office in a department of Judge Advocate General or in the legal department of the armed forces.

Section 14 of the Notaries Act, 1952 provides that if the Central Government is satisfied that notarial acts done by notaries within India are recognized for all or some purposes by the law or practice of countries outside India, then notarial acts lawfully performed by notaries in such countries will be recognized in India for all or some purposes.

In furtherance of this power, notarial acts done by notaries in United Kingdom, the Isle of Man and Channel Islands comprising Guernsey and Jersey, Hungary, Belgium, New Zealand and Ireland are recognised for all purposes in India.