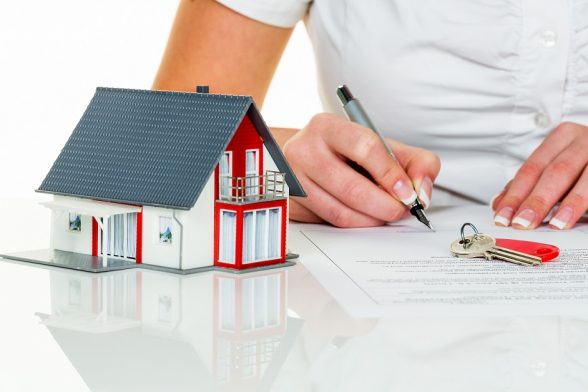 [*The relevant sections and statutes have been mentioned in brackets]

After taking possession of flats and forming co-operative housing societies, flat owners often have to wait for years till the developer conveys his right, title and interest in the land and building to the co-operative housing society. This is a hindrance to co-operative housing societies as the transfer of title in the land and building in their favour remains in abeyance till such time. More often than not, a situation arises when the society owns the building consisting of flats and apartments but not the land underneath the building. Such situation presents several difficulties in utilization and exploitation of the full potential of the property. The concept of deemed conveyance under Maharashtra Ownership Flats (Regulation of the promotion of construction, sale, management and transfer) Act, 1963 (“the Act”) (also popularly known as “MOFA”) seeks to remedy this.

Section 11 of the Act read with Rule 9 of the rules framed thereunder casts an obligation on the promoter (as defined therein) to convey his right, title and interest in the land and building to the co-operative housing society or company formed by the flat takers or apartment owners. If the promoter fails to do this within 4 months from the formation and registration of the society or company, or within such time as maybe agreed upon between the promoter and flat purchasers, the society can make an application to the competent authority for deemed conveyance. As the name suggests, deemed conveyance is a unilateral execution of a conveyance deed whereby the promoter is deemed to have conveyed his right, title and interest in the land and building in favour of the society of flat purchasers, followed by the unilateral registration thereof under the Registration Act, 1908.

In some cases, the promoter has the right to develop only a portion of the land which is part of a larger undivided plot. There are also cases in which phase wise redevelopment is done of multiple buildings standing on the same sub-divided plot. When an order of deemed conveyance is passed in such cases, disputes often arise about the area of land conveyed under such deemed conveyance. Computing or quantifying the entitlement of a society applying for deemed conveyance may not always be easy as the society maybe entitled to the land on which the society building stands, as well as proportionate right in common areas, internal access roads, gardens, etc. together with other societies. The question that therefore, arises for consideration is what would be the appropriate forum and nature of proceedings to be initiated for adjudication of such disputes involving questions of title, quantification of area entitlement and FSI, etc. arising from an order of deemed conveyance. Would the remedy be by way of filing an appeal, civil suit or writ petition?

To answer this, it is important to understand the jurisdiction being exercised by the competent authority under Section 11 of the Act and what rights, if any, are being determined by an order of deemed conveyance.

In Mazda Construction Company & Ors. v. Sultanabad Darshan CHS Ltd.[1], the Bombay High Court explained the scope of scope of powers exercised by the competent authority while issuing an order of deemed conveyance as under:

“20. To my mind, reading of Sections 10 and 11 together with Section 5A would make it amply clear that what is to be performed by the Competent Authority is a duty and obligation which the promoter is to perform in law. That is to convey the title and execute the documents according to the agreement. If that is the duty which is to be performed by the promoter, but which he fails to perform, then, the Competent Authority steps in to fulfill it. That is a duty towards the flat purchasers and which duty cannot be avoided except at the cost and pains of legal proceedings including a criminal prosecution. In these circumstances and when sections 10 and 11 are read together and harmoniously with the preceding sections including those which contain the particulars of the agreement, then, it becomes absolutely clear that what has to be conveyed even by a deemed conveyance, which is an unilateral act and which enables the flat purchasers to acquire the Promoter’s right, title and interest in the land and the building. Therefore, it cannot be said that an unilateral deemed conveyance conveys something more than what belongs to the Promoter. Section 11(1) provides for conveyance of Promoter’s right, title and interest in the land and building as is clear from the words “his right, title and interest….” appearing therein. I am not in agreement with Mr. Samdani that there are no guidelines guiding and enabling the Competent Authority to grant a deemed conveyance and therefore, the powers are likely to be abused or exercised arbitrarily in every such case. There are inbuilt checks and safeguards inasmuch as what is to be issued is a certificate entitling a unilateral deemed conveyance. It is not a document which stands alone or is a distinct transaction. It is a grant or conveyance in terms of what the agreement between parties stipulates and provides for being conveyed to the flat purchasers. Therefore, the Applicant is permitted to apply to the Competent Authority u/s 11(3) and such application is to be accompanied by true copies of the registered agreements for sale executed by the Promoter with each individual member/ flat purchaser and other relevant documents. It is to further that and to insist on the promoters fulfilling their obligations within the prescribed period, but noticing that their failure has resulted in hardship to flat purchasers, that the Legislature has stepped in. To my mind, this is not a power which can be exercised by the Competent Authority in ignorance of or by brushing aside the earlier provisions and contents of the agreement with the flat purchasers. Equally, the Competent Authority has to take into consideration the contents of other relevant documents.” (emphasis supplied)

“9. In the case of Mazda Construction Company Vs. Sultanbad Darshan CHS Ltd, Writ Petition No.3912 of 2012, it is held that issue of title in respect of the property cannot be gone into by the Competent Authority under the provisions of the MOFA and the same can be decided only by the Civil Court. In paragraph 17 of Angelina Randolph Pereira’s case (supra), it is held that contentions regarding title in respect of property in question or adjudication in respect of the property in question or adjudication in respect of entitlement of the exact quantification of FSI on the plots in question cannot be gone into the proceedings under section 11 of the MOFA. The Competent Authority cannot decide validity of the agreements between the parties. The order granting Deemed Conveyance does not conclude issue of right, title, interest in the immovable property. The petitioners can still file substantive suit of title claiming the appropriate reliefs. Merely because order of Deemed Conveyance is passed and certificate of title is issued by the Competent Authority under section 11, the petitioners are not precluded from seeking adjudication of their right in respect of the suit property by filing suit. All such contentions can be gone into in a properly instituted suit.

10. In view of the consistent view taken by this Court in the aforesaid decisions, I do not find that any case is made out for invocation of powers under Article 227 of the Constitution of India. It is made clear that if any suit is filed by the petitioners for adjudication of title in respect of the suit property, the same can be decided without being influenced by the order of Deemed Conveyance passed by the Competent Authority and certificate of title issued by the Competent Authority in favour of the second respondent. Subject to this clarification, Petition fails and the same is dismissed with no order as to costs.” (emphasis supplied)

When a promoter fails to fulfil his obligations of conveying his right, title and interest in the land and building, the competent authority steps in to fulfil such obligations to avoid hardship to the flat purchasers. However, a society being a successor in title of the promoter cannot claim any rights higher than that of the promoter. Moreover, the flat purchase agreements are an internal arrangement or agreement between the promoter and flat purchasers to which the original owners may or not maybe party. In case the original owners are not party to such agreement, their entitlement will not be affected or influenced by the order of deemed conveyance or the registration of the certificate thereafter. Original owners can raise disputes of title, computation and quantification of area, FSI, etc. by filing a substantive civil suit by pointing out relevant documents as also by leading oral evidence and not by way of invoking the extra-ordinary writ jurisdiction. An order granting deemed conveyance will not conclude such issues. The civil suit will be decided on its own merits unaffected by any order of deemed conveyance that may have been passed.