Can a woman be punished under Section 354 of IPC? (Assault or Criminal force on a woman with the intent to outrage her modesty) 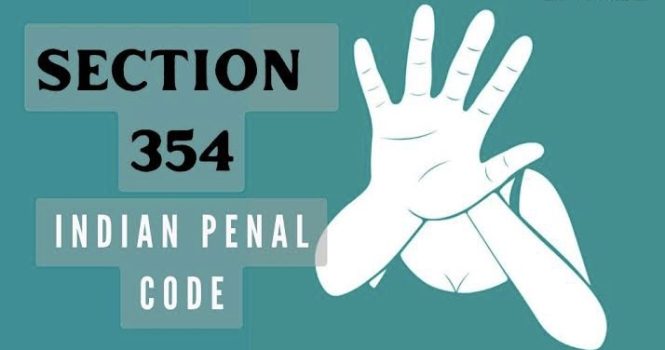 By Shivam B. Trivedi, Advocate

The general understanding is that a woman cannot be charged under Section 354 of IPC, however, the true interpretation differs.

Section 354 of the Indian Penal Code, 1860 (“IPC”) is enacted with the objective of maintaining decent behaviour in the society and to protect women who are subject to criminal force and assault. If any person (irrespective of gender) uses criminal force on any woman with intent to outrage her modesty or with the knowledge that her modesty will be outraged, he or she will be punished.

Conviction of a woman under section 354 of IPC

Usually, the charge under S.354 of IPC is levied upon men. There has not been any noteable judicial precedent highlighting the conviction of a woman under S.354 of IPC. However, the court of Metropolitan Magistrate, Mazgaon, Mumbai, in the year 2022 in case no.7000138/PW/2021took cognizance of the complaint filed under S. 354 of IPC against a woman and after considering the evidence, sentenced her (being the accused) to imprisonment for a term of one year with fine of Rs. 5,000/-. (State of Maharashtra v/s Rovena Aadnya Amit Bhosle) holding that the Accused (being a woman) should be protective and sensitive towards women.

Essentials of Sec 354 of IPC

The essential conditions necessary to be satisfied to get a conviction under S.354 of IPC are as follows:-

~The presence of an assault/criminal force/ physical force;

However, it has been observed that if there is no intention to outrage the modesty or if it has not been proved beyond reasonable doubt that the intention was malafide in nature then conviction under S.354 of IPC would not be possible. [Bhanu Singh v/s State Of Chhattisgarh,2022]

If and when it is proved to the satisfaction of the court, after considering the evidence submitted during the course of trial, that the accused person who is charged with an offence under S.354 of IPC is convicted, then the court shall sentence the Accused person (irrespective of gender) to imprisonment which shall not be less than one year but which could extend to five years and the convict shall also be liable to fine. The offence u/s. 354 of IPC can be committed by any man or woman. A woman can assault or use criminal force over other woman as equally and effectively as any man. The pronoun ‘he’ used in the expression “that he will thereby outrage her modesty” must therefore be taken u/s 8 of IPC as importing a male or female. Therefore, u/s 354 of IPC, a man as well as a woman both can be held guilty. It cannot be maintained that woman is exempted from any punishment under this section.

From the aforesaid, it could be concluded that S.354 of IPC is gender neutral in nature and the general presumption that S.354 of IPC could only be invoked against men has been changed and women in the society could take shelter under this section against any form of aggravated assault not just against men but against anyone. However, the aforesaid view of the writer is absolutely personal and subject to corrections.