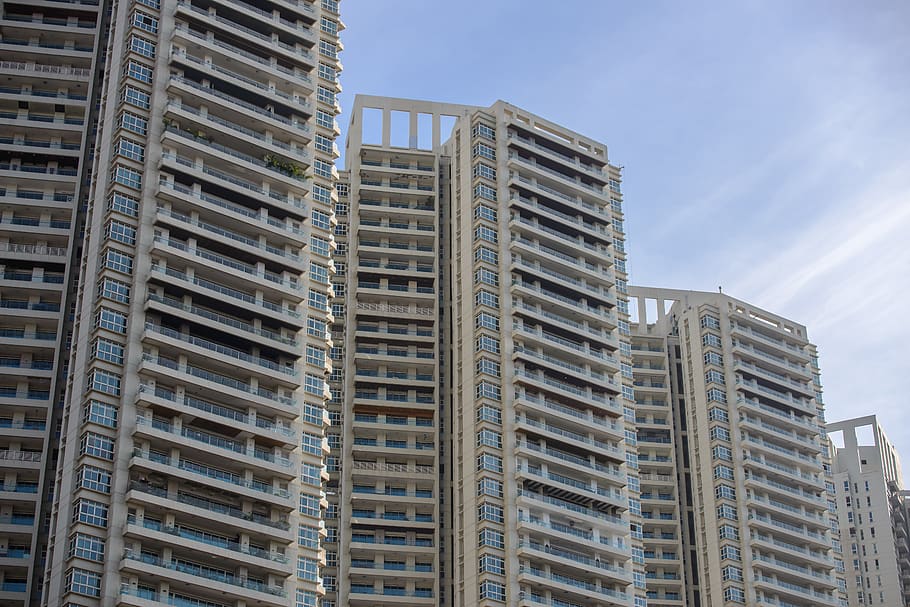 Buildings of co-operative housing societies are being redeveloped on a large scale in the state of Maharashtra. Prior to 2009, a number of complaints were received from members against managements of co-operative societies in which redevelopment was taking place. Some of the common complaints included not taking the members in confidence in the redevelopment process, lack of transparency in the tender process, no orderliness in the work of architects and project consultants, no preparation of redevelopment project report, no consistency in agreements with different developers, etc. At that time, there was no concrete policy to address the aforesaid grievances. As a result, a study group was formed to study the complaints received at various levels. After consultation with all stakeholders, the study group opined that it was essential to frame regulations for redevelopment of buildings of co-operative housing societies. Accordingly, the State Government issued directives under Section 79-A (“the Directives”) of the Maharashtra Co-operative Societies Act, 1960 (“the Act”).

The Directives lay down a step by step process for undertaking redevelopment of co-operative housing societies. The process commences with the calling of a special general body meeting of the society to discuss the redevelopment of the society’s building and ends with the original members being allotted flats in the redeveloped building. One of the primary objectives of the Directives is to ensure transparency and make the process democratic.

In a series of judgments passed by various benches over the years, the Bombay High Court has consistently taken the view that the Directives are directory and not mandatory.

In the case of Maya Developers v. Neelam R. Thakkar & Ors.[1], the developers sought interim reliefs against certain members who were not handing over peaceful and vacant possession despite the execution of the development agreement. The Defendants alleged that the Directives under Section 79-A had not been followed. Some specific non-compliances alleged were no detailed feasibility report, no transparency and the selection of the Developer was not just haphazard but was contrived to benefit Maya Developers, one of whose partners was a relative of a managing committee member. It was further contended that there was no decided case yet on the nature of the guidelines issued under Section 79-A and that these guidelines had a binding statutory force. The Bombay High Court held that what the 2009 Directive seeks to set in place are a set of guidelines.

“74. …This is also apparent from the fact that the Government chose to issue these under Section 79A rather than some other section of the Act. What is set out is a broad policy; and this stands to reason, for not every single provision of this Directive lends itself to strict compliance. Clauses 1, 2, 5, 7, 8 and 10 all use the word ‘should’, not ‘must’ or ‘shall’. Clause 11 in terms says that the Development Agreement ‘should’ contain some conditions and provisions but these are specifically subject to the terms and conditions approved by the General Body Meeting of the Society. This Directive must be read as a whole, and not in the manner Mr. Pai suggests by plucking out one clause here and another there. Read thus, it is clear that the whole of the 2009 Directive is recommendatory, not obligatory. If it were otherwise, and to be read as Mr. Pai would have me do, it would undermine the authority of the society in general meeting, and the fundamental democratic underpinnings of cooperative societies. When Mr. Pai asks that is it possible that a majority can decide the fate of all, the answer must be an unequivocal yes; that is the basis of the entire edifice of the MCSA, subject to specific statutory exceptions. It is impossible to accept his submission that the 2009 Directive in mandatory. It is, as Mr. Kapadia says, a broad road map, and was brought into existence to provide guidance when there were far too many problems in redevelopment of societies. Material compliance is more than sufficient; and it in no way undermines or detracts from the overall authority of the general body of a society’s members. It is sufficient if participation, notice and disclosure are ensured. Where majority decisions are consistent with material compliance with the provisions of the Directive, that is surely enough.”

The case of Maya Developers (supra) is also important as it discusses in detail the jurisdiction of the High Court in light of Section 91 of the Act.

In the case of M/s National Properties v. Sindhi Immigrants CHS & Ors.[2], the developer sought a mandatory injunction directing certain members to hand over vacant and peaceful possession pursuant to the development agreement executed with the society and majority members. It was the Plaintiff’s case that the defendants were all related to one Kukreja Group, an entity that had participated in the tender process but was not selected. Subsequently, this entity, through its members and relatives purchased a few flats and tried to stall the redevelopment process. The Defendants alleged collusion between the Plaintiff and the society alleging that the Plaintiff’s proprietor was the secretary of the society. It was also the Defendants’ case that the Directives under Section 79-A had not been complied with. The Hon’ble Bombay High Court held that the consents were initially granted and at that time the contesting defendants were not even flat holders. Further, once the society approved the proposal by the requisite majority, it is not open for the minority individual members to obstruct the redevelopment process. As far as alleged noncompliance of the Directives issued under Section 79-A was concerned, the Court followed the line of judgments in the case of Maya Developers (supra) and Kamgar Swa Sadan Co-operative Housing Society Ltd.[3] and held that the Directives under Section 79-A was merely recommendatory and did not have statutory force.

In the case of Abhanga Samata CHS v. Parag Arun Binani & Anr.[4], a solitary member had challenged the process of redevelopment on the ground that the Directives under Section 79-A had not been followed in letter and spirit and the selection of the developer itself was vitiated by fraud. Some of the non compliances alleged included not inviting tenders by issuing advertisements in newspapers, society not producing written consent letters from members, absence of video conferencing of meetings, etc. The trial court held in favour of the member and injuncted the redevelopment process. The society and developer appealed against the trial court’s order. Their main contention was that all the decisions had been taken by the majority and such decisions would be binding on the dissenting minority. Moreover, the Directives under Section 79-A were directory and not mandatory, and therefore, substantial compliance was sufficient. The appellate court (the Bombay High Court) set aside the trial court’s order and held that the findings by the trial court were contrary to the material on record. Moreover, the irregularities noted by the trial court cannot displace the decisions taken by the majority members of the society. It further held that the Directives under Section 79-A are not mandatory and substantial compliance is sufficient. Decisions taken democratically cannot be interfered with unless the same were caused by fraud or misrepresentation.

From the aforesaid judgments and the judgments relied upon therein, it becomes amply clear that the Bombay High Court has consistently taken a view that the Directives are directory and not mandatory in nature. Therefore, a redevelopment would not ordinarily be stopped on the ground of lack of strict compliance with the Directives. The Court has also held that the State Government is empowered to issue directions in public interest for the purpose of proper implementation of the Act and the Directives are required to be followed only when the members are unable to come to a decision on their own. The Bombay High Court has given paramount importance to the decision of the majority and held that the same would be binding on the minority. The Court has also taken into consideration that the buildings undergoing redevelopment are usually in a condition that is hazardous for the inhabitants to continue residing in and therefore, have been reluctant to intervene in stopping redevelopment processes. In order to get an order injuncting redevelopment, very grave instances of fraud, collusion and/or misrepresentation would have to be shown that severely prejudice the rights of the co-operative housing society and its members at large.