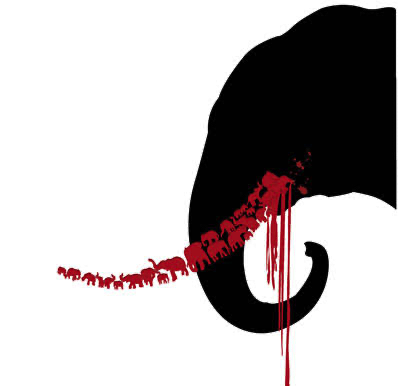 ‘Ivory’ is a rare and valuable substance that is usually procured from the teeth or tusks of certain animals. The Convention on International trade in Endangered Species of Wild Flora and Fauna (CITES) had banned ivory trade due to the rapid extinction of many African elephant populations [1].During the 1980s, the international ivory trade averaged some 800-100 tons per year, demonstrating the killing of almost 100,000 elephants per year. In recent times, many countries have expressed their wish to start a controlled trade in ivory subject to some limitations [2].

In the case of Indian Handicrafts Emporium and others vs. Union of India and others, the appellants are involved in the business of manufacturing and selling articles made from ivory, the trading of which had been banned by the union of India. The applicability of the Wildlife (Protection) Act of 1972 as well as the constitutional validity of the subsequent amendments to the said act were challenged by the appellants. This commentary tends to focus on the multiple arguments that were raised by the both sides and analyze them using different perspectives.

The appellants had filed writ petitions before the High Court of Delhi, challenging the constitutionality and validity of the 1991 Amendment Act that led to the prohibition of ivory trade. The High court had put a stay on the operation of the act by an interim order for a period of two months after which the court upheld the vires of the said act which gave rise to the current set of appeals before the Supreme Court of India [3].

FACTS OF THE CASE

The appellants had imported ivory from African countries between 1971 and 1986 and manufactured some articles out of it. They were in possession of 756 kgs of ivory articles. The 1986 amendment to the Wildlife Protection Act banned the trade of wild animals, animal articles, trophies etc. The 1991 amendment to the said act imposed a complete ban on the imported ivory trade and provided a stipulated period of six months for the disposal of the ivory stocks. The appellants contented that the act was unconstitutional and violated their right to property by not provided appropriate compensation.

According to one of the first issues raised by the appellants, the impugned provisions of the act in question are violative of Article 19 (1) (g) where the right of appellants to practice their profession of ivory trade was being curbed. The appellants also alleged that this prohibition on traders was unreasonable and arbitrary under Article 14 of the Constitution.

Another issue faced by the court was whether the ivory imported into India before the amendment could be sold by the traders, or on what conditions could the ivory be retained for personal use.

Additionally, there was another question that was faced by the Apex Court where the right to property of the appellants was being violated as a result of the 1991 Amendment Act.

The Supreme Court ruled in favour of the respondents in this case, where it opined that the prohibition on the ivory trade in India was permissible and reasonable. It was not violative of Article 19 (1) (g) of the Constitution. This was reasoned by discussing the dangers to ecology that the ivory trade posed along with emphasis on the dangers posed to the Indian Elephant. The Apex Court also held that the right to property was a constitutional right but was not a fundamental right where any and all claims to property would not be understood as a property right.

In the case of Indian Handicrafts Emporium v. Union of India, one is not only faced with the issues relating to the Wildlife (Protection) Act, 1972, but also matters of complex constitutional interpretation along with a brief contact with international law. According to the facts and circumstances of this case, as discussed earlier, the Appellants used to trade in ivory before its trade had been banned. The court, in its Judgment, does not contest the status of the Appellants as traders, since before the enactment of the 1991 Amendment Act, they used to engage in a trade of goods that were not illegal.

One of the major contentions of the Appellants was that the 1991 Amendment Act placed arbitrary restrictions on their right to carry out their trade, under Article 19 (1) (g) of the Constitution. Since ivory trade was not banned before the said 1991 Amendment, the Appellants were indeed recognized as traders, but the Court was adept at providing justifications for curbing this erstwhile legal trade. The Court held that this ban would not constitute an unreasonable restriction since the safety of the ecology and a sharply dwindling species was at stake. This reasoning is important considering the dynamic nature of the environment; animals, objects, resources that once might have been an acceptable source of income by way of a legitimate trade, might be prohibited or restricted as per the need of the hour.

To understand what exactly the term reasonable restriction implies, the court refers to a couple of case laws. In the case of Narendra Kumar v. UOI, it was held that the word restriction can include cases of prohibition. The court needs to balance the direct impact on the fundamental rights of the citizens against the greater good of the society to determine whether a total prohibition would be reasonable or not. The court re-emphasis on the competence of the legislature and its powers in such a matter where a ban and the subsequent measures to ensure the effectiveness of the ban rested with the legislature itself. The Court re-emphasized settled law on the matter where the provisions of the act should be in coherence with the object that it intended to achieve.

In this case, this objective was to ensure that the ecological and environmental security of India be enforced. The Court then uses the case of Municipal Corporation of the City of Ahmedabad V. Jan Mohammed Usman Bhai and Anr. where the Supreme Court had held that while determining the validity of a law which placed restrictions on a fundamental right, the burden of proving that the restriction was reasonable lies on the state. The tests of reasonableness need to be viewed from the prospective of furthering the social interests that the legislation intends to promote. The enacted law must intend to solve the problems envisaged and should be in the interests of the general public.

The major objective of the act, as mentioned in the Judgment, was to protect the illegal killing of the Indian Elephant. The import of ivory from Africa had been prohibited since it was felt by the legislature that imported ivory trading might implicitly promote the illegal sale of ivory obtained from the Indian Elephant. However, in the judgment, there seems to be no explicit discussion on the area where a clear nexus between the import of ivory from Africa and the increase in sale of illegal ivory was reasonably concluded. There exist several items that are restricted for import into India but could be imported in certain circumstances. These include certain live birds and animals, semi-processed hides and skins, endangered species of plants and animate, certain vintage products, amongst others. In many of these scenarios, the production or making of these items is prohibited, but impact under special circumstances is permitted [4].

The 1989 ban of ivory by the CITIES, and its inclusion of Appendix I, might have led to a reduction in ivory trading, but it would not essentially mean that the peaching of elephant has markedly reduced. The complete prohibition of ivory trade could have counterintuitive effects where the scarcity of supply could lead to a severalfold increase in price, thus defeating the purpose of the legislation. This could have an impact on the reasonableness of this restriction on the trade of imported ivory [5]. The Court was extremely clear in opining that India, as a sovereign country, was not bound to follow exactly certain were needed, then those would be applied by the legislature.

There were also contentions by Appellants that they be allowed to trade with the ivory of dead animals by way of a natural death and not poaching. It was also argued with the assistance Supreme Court precedents that if the statute had been vague in certain areas, then the amending should be ultra vires. This was supported with certain modifications to CITIES, as elephants had been placed into Appendix II of the convention from Appendix I. The former was a stricter category inviting more stringent bans, whereas in the latter regulated trade could still continue [6]. It was argued that the resurging elephant number in Africa did not require stringent protection as envisaged by the Act, where its nexus with the Indian Elephant’s Population was weak. One could, for the sake of legislative interpretation, analyse this judgment, through the lens of Balram Kumawat v. Union of India, which was passed by the Supreme Court in 2003.

In this Judgment, the Supreme Court applied the reasoning of Indian Handicrafts Emporium to ban the trade of mammoth ivory in spite of it being extinct [7]. The Appellants had appealed against the Judgment of a division bench of the Delhi High Court and had urged that the Court had made an error since mammoths were deceptively similar to elephants. It was argued that the substance ivory and its chemical composition could be found in whales, walruses, hippos, etc. and that the word ivory could not possibly cover all these animals, when the intention was manifestly directed towards the Indian Elephant.

In this case, it was upon the Apex Court to adopt either a lenient or strict construction of the term ivory, and whether it could be applied to mammoth tusks. In this judgment, the court did not look favourably towards the perspective that would be against the intended social goals of the law and would thus make the impugned legislation futile. The Court acknowledged the perils of assigning any ordinary dictionary meaning to a word over its technical meaning but differentiated the same by giving the justification that the impugned statute was not one like tax statutes but was for the higher purpose of ecological protection [8].

It held that a purposive interpretation of a stature and its risks did not need to be discussed in the case, and that the Parliament had enacted the 1986, 1991 and 2003 amendments not only to protect the Indian Elephant, but also to obstruct the activities of poachers with a goal of complete prohibition of ivory irrespective of its biological or geographical source. The Court placed full reliance on the Indian Handicrafts Emporium case in arriving to its conclusions, both in reasoning in relation to the ambit of the word ivory, and in the powers of the administrative authorities regarding the power to use thin discretion.

In light of the above analysis of the Indian Handicrafts Emporium Case and its aftereffects, it is clear that the Supreme Court had chosen an approach towards the protection and conservations of wildlife. In providing its reasoning in the areas of exceeding the limits of CITIES restrictions, expanding the ambit of ivory to not only include ivory from elephants, but also from mammoths and other animals. The court has definitely taken an extremely strict interpretation of the statute. The intentions and effects of this judgment undoubtedly seem to be complementing the legislation, and they end up give more power to the state to restrict and prohibit certain detrimental activities in relation to the environment and its conservation. This support of the highest court of the land is essential in these troubled times of rising water levels and smog, as we head towards a mass extinction of life as we know it.