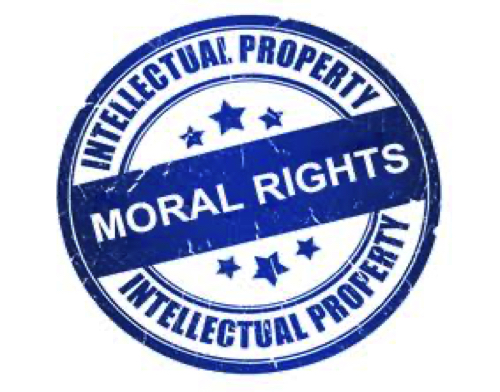 Whether the author of a work, even after the assignment of the concerned work, would have special rights to claim authorship of his/her work provided under Section 57(1) of the Copyright Act, 1957?

The present dispute centres around Section 57 of the Copyright Act, 1957 under which the Plaintiff filed suit for interim injunction to restrain the respondents from releasing, publishing, distributing and exploiting the film and issuing pre-release publicity without providing adequate authorship credits to the plaintiff as per prevailing film industry standards. Section 57 of the Copyright Act, 1957 provides special rights to authors called Moral Rights that subsists with the author of the work over and above the economic rights of the creators of copyrighted. The Moral rights include the right to attribution, the right to have a work published anonymously or pseudonymously and the right to the integrity of the work. It provides for the preservation of the integrity of the work where actions prejudicial to the author’s honour and reputation are carried out by the copyright holders.

Facts of the Case:

In Sajeev Pillai v. Venu Kunnapalli and Ors, Sajeev Pillai is a film director and a scriptwriter who claimed to have researched the history of the grand festival of Mamankam; he prepared a script for a movie based on the same festival. History describes Mamankam as a grand festival held every twelve years on the banks of Nila River/Bharathapuzha at Thirunavaya between the 14 th to 19 th centuries. Mamankam mainly relates to the story of Perumal, the ruler of the region and chaver pada warriors (suicidal warriors). The Appellant Sajeev Pillai, met with Venu Kunnupalli, the first respondent, and signed an MOU with his production house, Kavya Film Company. Sajeev was initially appointed as the director of the said film Mamankam but his services were terminated and after certain differences. The Plaintiff contended that he has been researching on the history of this festival since the year 1999 and had written a script on it. He was the director of the film for two schedules and then he was terminated. The Respondents then completed the shooting of the said film without the Appellant. The Appellant alleged that the film was subsequently made by mutilating, distorting and modifying the script of the Plaintiff. The Respondents contended that the Plaintiff had sold his right of authorship for a consideration of Rs. 3, 00,000/- and therefore was not entitled to get any credit for the said film regarding script screenplay etc.

The Kerala High Court in the present case, referred to the relevant moral rights sections of the Copyright Act, 1957. Section 57 of the Copyright Act, 1957 states author’s special right. The High Court stated that, “What is enshrined in Section 57 (1) Independently of the author’s copyright and even after the assignment either wholly or partially of the said copyright, the author of a work shall have the right—
(a) to claim authorship of the work; and
(b) to restrain or claim damages in respect of any distortion, mutilation, modification or other act in relation to the said work which is done before the expiration of the term of copyright if such distortion, mutilation, modification or other act would be prejudicial to his honour or reputation: Provided that the author shall not have any right to restrain of claim damages in respect of any adaptation of a computer programme to which clause (aa) of sub-section (1) of section 52 applies.
Explanation. —Failure to display a work or to display it to the satisfaction of the author shall not be deemed to be an infringement of the rights conferred by this section.
(2) The right conferred upon an author of a work by sub-section (1), other than the right to claim authorship of the work, may be exercised by the legal representatives of the author.” The law is therefore clear that even after assignment, the author has legal right to protect his intellectual property. The plaintiff does have a strong prima facie case against the respondents, but moral rights cannot be overlooked in such circumstances. Assignment of the work by the plaintiff will not exhaust his legal right to claim authorship over it. But at the same time, it was not possible to ignore the fact that the shooting of the film had been completed and it was ready for release. As section 57 of the Copyright Act, 1957 envisages special rights for the author even after assignment of the Copyright of his original creation; such rights could only be granted after due examination of the film, and other evidence. From the above facts, it is clear that the author of the screenplay, script etc. of the said movie “Mamankam”, is the plaintiff and his right for his creation is safeguarded and protected by the Copyright Act, 1957. So, this gives protection and ensures the right of the author for his creation, even after assignment is maintained. Therefore, Plaintiff has authorship rights in the script of said film “Mamankam”.

The Court did not stay the release of the film but granted such relief to the Appellant where no scriptwriter credits will be given to any person till the final decision rendered by the Trial Court.