CAN TRANSGENDER PERSONS GET MATERNITY BENEFITS? 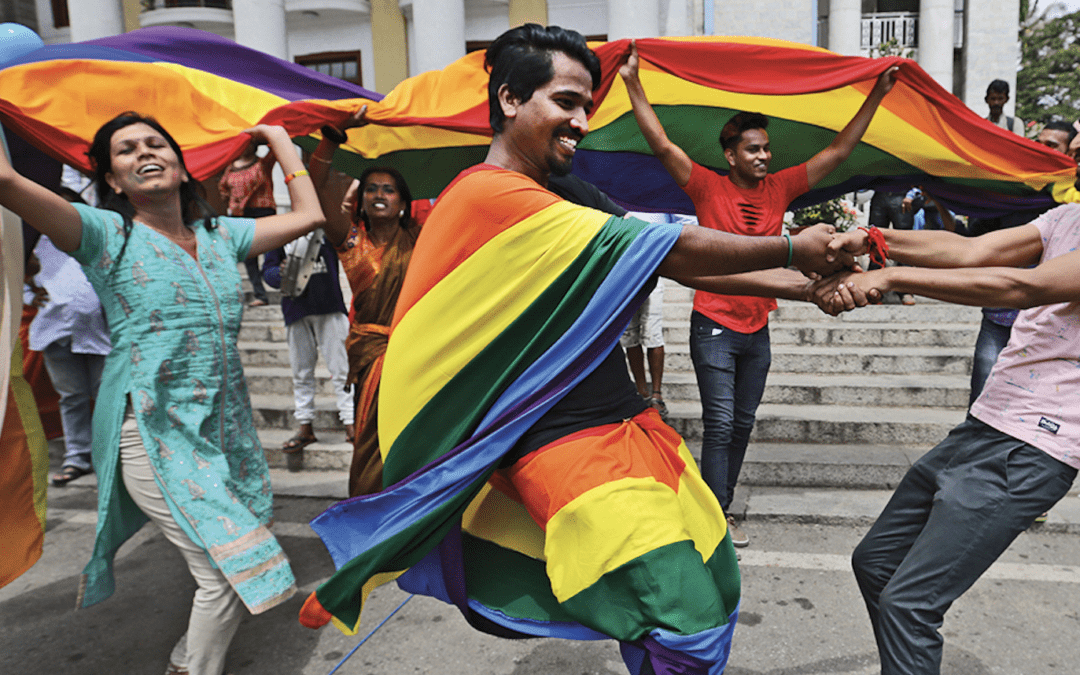 Can the Maternity Benefit Act and Transgender Persons (Protection of Rights) Act be interpreted harmoniously to provide maternity benefit to transgender pers?

The Maternity Benefit Act, 1961 ensures that women in the workforce are given a paid maternity leave for a certain period before and after child birth. This is an important piece of legislation which safeguards and accounts for the primary care giving role women have in society in the dual life they lead. Women are involved in reproductive labour in the private sphere and productive labour in the public sphere. However, it is often argued that the role a mother plays in the life of a child is not limited a female woman. It can be fulfilled by any person irrespective of their sexual orientation. This would require the definition of woman in the Maternity Benefit Act to be interpreted broadly to include individuals of different sexual orientations. Transgender people have the right to have a child as well and the Maternity Benefit Act is silent on whether the legislation would apply to all genders across the spectrum. The newly introduced Transgender Persons (Protection of Rights) Act, 2019 prohibits people and establishments from discriminating against a transgender person and imposes an obligation on employers and establishments to not discriminate against transgenders in any matter relating to employment.

The Maternity Benefit Act safeguards the interests of women who enter the public sphere of organised labour. There are two kinds of labour, productive and reproductive labour. The latter is said to be limited to women in their households while the former is said to be more fruitful and ‘transformative’. The Maternity Benefit Act dispels this myth by allowing women to enter the workforce and ensure that they fulfil their primary care giving role while engaging in gainful employment. It allows women to undertake a dual role. This special protection given to women must not be limited to only women. Instead, the Maternity Benefit Act must be gender neutral. The legislation is inefficient if it identifies any one sex who can be involved in care giving labour. In his judgement in Mini TK v Senior Divisional Manager, LIC, Kozhikode Justice A Muhamed Mustaque has elucidated the crucial role of a mother in the upbringing of her child especially in the child’s formative years. He likens a woman to a goddess in a family which is the backbone of society. At the same time the judgment highlights that “motherhood has become a contentious issue in the modern society” because economic and competing market interests override “the notions of culture and social justice like gender equity.” Mini TK had taken extra leave to take care of her autistic child, the court reversed her employers decision to dismiss her from service for taking maternity leave above the maximum period available due to her “compelling circumstance”. Her compelling circumstance was her duty towards her autistic child who needed extra care. The court stated that an employer had an obligation to “protect her personhood as a mother”. It was held that, “motherhood is not an excuse in employment but a right which demands protection in the given circumstances.” The court looked at the unique situation of women from the perspective of fundamental rights and abided by international human rights commitments. International conventions like the UDHR, ICESCR, ICCPR, CEDAW are to be followed when States do not explicitly denounce their obligations to use as a guidance to interpret fundamental rights. The court noted constitutional principles must be interpreted in purview of the dynamic nature of society. Women were no longer confined to the private sphere but had the right to enter the public sphere for gainful employment while fulfilling their duty as a mother towards their child. Therefore, women were not be discriminated against men in matters of employment and their fundamental right to motherhood was to be protected and upheld.

The courts have interpreted the Maternity Benefit Act liberally to provide maternity benefit to a commissioning mother in a surrogacy arrangement. In Rama Pandey v Union of India the court used the “updating principle” to account for new ways to procreate with advances in science. The other principle used was the “dynamic process of enactment”. Justice Rajiv Shakdher has cited Bennion on Statutory Interpretation, 5th Edition and stated that while it is the duty of judges to give effect to the will of the Parliament, they are not to interpret the statute mechanically, instead judges refine and polish the legislation. The updating principle was used to conclude that even a commissioning mother is entitled to maternity benefit as she is the principle care giver of the child. The commissioning mother was not denied maternity benefit because she did not carry the child. At the same time, except for government civil servants, there is no labour law that provides paternity leave. Government civil servants are given paternity leave for fifteen days before the expected date of delivery or upto six months after the birth of the child. During paternity leave the employee is paid leave salary at the rate immediately preceding the leave period. Although the judgment in Pooja Jignesh Doshi v State of Maharashtra stated that the commissioning father is entitled to paternity leave in a surrogacy arrangement it was not elucidated further. Even while using an “updating principle” the Indian courts have limited motherhood to a female and a family is limited to a unit with heterosexual parents.

In KS Puttaswamy v Union of India the Supreme Court held that procreation and sexual orientation are inherent to the dignity of an individual which requires constitutional protection. The Indian Constitution guarantees equality and traditionally courts have held that women should not be discriminated against men in matters of employment. However, the gender equity upheld by courts have so far been limited to the gender binary of ‘men’ and ‘women’. Since national policy must be in tune with international convention such as the ILO Convention 111 and also in line with international human rights standards laid down by the UN OHRC and Yogyakarta Principles, Indian legislation and judgements must reflect inclusivity of transgenders. Transgenders have the right to choose a gender of their choice. They also have the right to motherhood. The Maternity Benefit Act must be interpreted broadly so as to extend maternity benefits to transgenders who also have the right to motherhood and gainful employment.

The Transgender Persons (Protection of Rights) Act, 2019 aims to protect the rights of transgender persons and ensure their welfare. By way of Section 9, it has introduced a provision for non discrimination in any matter relating to employment by an establishment. A transgender man can give birth naturally. Some transition in order to give birth. A transgender individual can also adopt or have a baby via a surrogate. In line with the decision in KS Puttaswamy transgender individuals have the right to a family, marriage, procreation and sexual orientation. It is related to the inherent dignity of an individual which the Indian Constitution protects under Article 21. At the outset, the Maternity Benefit Act provides paid maternity leave and aims to achieve social justice by accounting for reproductive labour. Courts can use dynamic interpretation to “update the construction of an enactment” to account for changes that have occurred since the original enactment of the statute. Social conditions have previously persuaded courts to apply the updating principle and while doing so the original principles which were envisaged by the wording are followed. If Motherhood is possible with a surrogacy arrangement and adoptive parents are akin to a commissioning parents, there is no reason why it should be denied to transgenders. Therefore, the Act must protect the interest of transgender individuals as well. In light of the new Transgender Persons (Protection of Rights) Act which explicitly prohibits discrimination in matters of employment, maternity benefit must apply to transgender individuals as well.

It is important to support transgender individuals so that they can discharge their duties to their fullest potential in their workplace. They would benefit from an inclusion of a provision in the Maternity Benefit Act for giving maternity benefit to transgenders since they belong to a vulnerable class of society and require special protection. In National Legal Services Authority v Union of India the Supreme Court emphasised the need for legal protection of transgender persons in education, employment, healthcare, state activity such that they enjoy the same benefits as any other citizen of this country. Often the payment of maternity benefit causes a strain on the employee which is why the ILO has also suggested a ‘model of social insurance’ to guarantee maternity benefit to employees in a workplace. The amount paid as social insurance is the amount which would have been paid if the leave was not taken. Social insurance is usually funded by the employer or workers or both and with government subsidy. This model has been implemented in the Employees State Insurance Act, 1948, however, it is limited to certain establishments. If this scheme is made more prevalent maternity benefits would become more accessible to individuals despite their sexual orientation as opposed to the current scenario where the employer pays the entire amount. It will also prevent employers from discriminating against individuals based on their sexual orientation at the time of hiring by not employing those who would seek maternity benefits.