Practice of Sealed Cover Doctrine : A Case of Constitutionalism of Convenience? 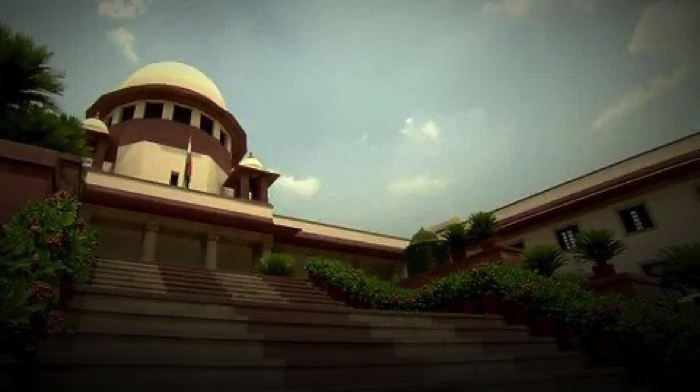 An independent judiciary is the hallmark of a healthy democracy. Judicial Independence is sine qua non of a vibrant democratic system. For Rule of Law to prevail, judicial independence is of primary necessity as only an impartial and independent judiciary can stand as a bulwark for the protection of the rights of the individual. Judicial independence depends on maintenance of transparency in judicial action. The sealed cover procedure adopted to present facts, evidence and arguments in court proceedings is an antithesis of judicial transparency. Hence, the concept of sealing is an exception to the general rule of an open court requiring all proceedings to be conducted with full adherence to the principles of natural justice. Public access to court proceedings promotes judicial integrity which assures fairness in judicial proceedings. Opacity and secrecy has no place in a democratic set up.

In the recent times, the Court’s recourse to sealed cover has become more of a norm rather than an exception. There has been a surge of cases, wherein Courts have allowed submission of evidence in sealed cover, more particularly in (i) Romila Thappar v. Union of India [1] [(2018) 10 SCC 753] (Arrested Activist case); (ii) Manohar Sharma v. Narendra Modi [2] (Rafale Fighter Jet Deal case); (iii) Association for Democratic Reforms & Anr. v. Union of India & Ors. [3] (Electoral Bond case); (iv) Assam Public Works v. Union of India [4] (National Registry of Citizen case); and (vi) Centre for Public Interest Litigation (CPIL) v. Housing and Urban Development Corporation (HUDCO) [5] (Loan Defaulters of Rs500 crore or more case) (vii) Alok Verma v. Union of India [6] (Central Bureau of Investigation Dispute case). In most of the above cases, the Court did not furnish any reasons for taking recourse to sealed covers, thereby, paving way for a new regime of secret justice. This trend of receiving ex parte evidence in sealed covers, without proper justification [7] and not disclosing such evidence to all parties involved in the litigation, is contrary to the basic tenet of ‘equality of arms’, which requires, a fair balance in the opportunities afforded to the parties involved in litigation.

Traditionally, the sealed cover procedure was used only in matters pertaining to (i) national security; (ii) privacy interest, where such interest, outweighs public’s right of access; (iii) matters of sensitive nature which are held in-camera [8]; (iv) where the disclosure of confidential information would harm public interest; and (v) protection of evidence where there is high risk of tampering.

The Court’s power to resort to sealed cover, finds statutory sanction in Section 123 of the Indian Evidence Act, 1872 [9](“Evidence Act”) read with Rule 7 of Order XIII of the Supreme Court Rules, 2013 (“2013 Rules”). Section 123 of the Evidence Act, provides for Government’s privilege in relation to unpublished records relating to affairs of the State, the disclosure of which, will injure public interest. Accordingly, the Government is entitled to hand over such privileged documents in a sealed cover to the Court. Such document/ material is barred from being put on the public court record and their disclosure is subject to a two prong test of (i) preliminary enquiry/ examination by the Court whether documents / material relates to affairs of the State and (ii) consequent discretion of the ‘head of the department’ to permit or ban its disclosure. Additionally, Rule 7 of Order XIII of the 2013 Rules,[10] specifically provides that no party/ person is entitled to receive documents that has been directed to be kept in a sealed cover by the Chief Justice of India or any other judges of the Supreme Court, unless, the latter orders production of such a documents to the opposite party. However, there is no parameter laid down for exercise of such discretion.

This unguided discretionary power vested in the Courts, has resulted in this power being exercised in a light and cavalier manner, in most cases, without even recording any proper reasons, for deviating from the general rule of open justice and accepting sealed cover evidence.

Unlike in the United Kingdom, where apart from providing statutory safeguards, the Justice and Security Act, 2013 which introduced the system of ‘closed material procedure’ [12], restricted its application only to civil proceedings and not to “proceedings in a criminal cause or matter” [13]. In such ‘closed material procedures’, ‘special advocate’ [14] may be appointed to examine the sensitive evidence and represent the interest of the party excluded from reviewing it itself and from attending the hearing. However, in India, the practice of sealed cover evidence has been resorted to even in criminal proceedings in some matters, where such evidence is even kept confidential from the accused, in flagrant violation of principles of natural justice and accused’s right to a fair trial to rebut the material furnished against him.

The recent decision of the Bombay High Court in the case of Raveej Kumar (HUF) v. Anugrah Stock & Brokers Pvt. Ltd., [15] has been well received, which serves as guiding principle for the Indian judiciary on the use of sealed cover procedure. The Court, while emphasizing on transparency in decision making process, rejected the party’s request to furnish documents in sealed cover, merely to save embarrassment for itself. The party seeking to tender documents in sealed cover, expressed the apprehension that information/ document will find its way into press, if Court does not permit sealed cover submission. The Court decried the practice of parties in unilaterally deciding to put material in sealed cover and noted as under:

” Anything that I can see, all parties before me are entitled to see as this is the only method that I know of to ensure an open and transparent decision-making process.

… Since I have made it clear that I am not permitting any sealed cover submissions, there is no question of any party arrogating itself any such right or privilege of any such in any circumstance.”

As rightly said by Philip Stanhope that “Judgment is not upon all occasions required, but discretion always is”. The judicial inconsistencies thrown to light through the routine use, rather misuse of sealed cover procedure, calls for an urgent need for the Court to set out well defined guidelines to temper such judicial discretion and restore public confidence in our judicial system.

[1] Writ Petition (Crl.) No. 260-261 of 2018, Judgment dated September 18, 2018, Paragraph 36. In this case, the Supreme Court perused the registers handed to the Court in sealed cover, containing relevant documents and the case diary produced by the State of Maharashtra.

[3] Writ Petition (Civil) No. 333 of 2015, Order dated April , 12, 2019, Paragraph 13. In this case, interim direction was issued by the Supreme Court to political parties to submit, inter alia, in a sealed cover to the Election Commission of India, the details of donation received through electoral bonds, with particulars of the donor and credit received against each such bond.

[4] Writ Petition (Civil) No. 274/2009- Directions was issued by the Supreme Court to the State Coordinator of the NRC to submit its report in a sealed cover.

[6] Order dated October 26, 2018 (Paragraph 2) and November 12, 2018- In this case the Supreme Court directed CVC to submit its report relating to allegations of corruption made (in the letter of Cabinet Secretary dated August 24, 2018) against the CBI Director, Alok Verma, in a sealed cover. Court noted that sealed Cover procedure was resorted to “preserve and maintain the sanctity of the institution of the CBI and public confidence in CBI”.

[7] The Supreme Court has in the following cases has set out reasons for restraining to sealed cover practice:-

i. Board of Control for Cricket in India v. Cricket Association of Bihar Civil Appeal No.4235 of 2014 – Order dated May 16, 2014- In this case the Court held that as allegations of betting and spot fixing against 13 individuals were unverified and required further investigation, permitted the report filed by Justice Mudgal Committee in relation to the investigation , to be filed in sealed cover.

ii SEBI v. Sahara India Real Estate Corpn- Order dated June 19, 2015- In this case the Court noted that in order to maintain the confidentiality of the transaction involving the sale of the properties, the master agreement and the press clippings of the same should be taken on record but kept in a sealed cover.

[8] Section 327 of the Criminal Procedure Code, 1973 provides for an exception to the open justice principle and states that cases involving certain crimes committed against women or crimes of a sensitive nature, shall be held incamera. No person without the prior permission of the Court is permitted to publish or print any information in relation to such in-camera proceedings.

[9] Section 123 of Indian Evidence Act, 1872 provides “Evidence as to affairs of State.—No one shall be permitted to give any evidence derived from unpublished official records relating to any affairs of State, except with the permission of the officer at the head of the department concerned, who shall give or withhold such permission as he thinks fit.”

[10] Rule 7 of Order XIII of the Supreme Court Rules 2013 provides “Notwithstanding anything contained in this order, no party or person shall be entitled as of right to receive copies of or extracts from any minutes, letter or document of any confidential nature or any paper sent, filed or produced, which the Chief Justice or the Court directs to keep in sealed cover or considers to be of a confidential nature or the publication of which is considered to be not in the interest of the public, except under and in accordance with an order specially made by the Chief Justice or by the Court.”

*Namita Shetty is a lawyer based in Mumbai, India. Her work focuses on Commercial Litigation and Arbitration. Views expressed are personal.