Restriction on Sale of Immovable Property by Non-Citizens 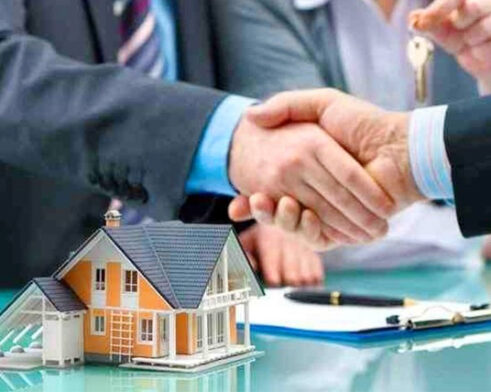 Austere regulations and surveillance of capital asset transactions for maintaining foreign exchange reserves is not an uncommon practice. In fact, countries around the globe have legislated rigid and stringent processes with a view to avoid drainage of such reserves and minimize foreign participation. The Supreme Court of India, while dealing with Section 31 of the Foreign Exchange Regulation Act, 1973 in the case of Asha John Divianathan v. Vikram Malhotra (2010), reiterated such legislative intent to reduce the drainage of foreign exchange by way of repatriation of income specifically through disposal of immovable properties held by foreigners – non-citizens.

Imposes a restriction on the transfer of immovable properties (in India) by way of sale, mortgage, lease, gift, settlement or otherwise to be executed by an individual of foreign nationality. The said provision, being in consonance with the objective of the Act, was specifically enacted to conserve the foreign exchange resources of the country at a time when the country was facing a shortage and with a view of achieving proper utilization thereof, the Reserve Bank of India was delegated the authority under the Act in the interest of economic development of the country.

Section 31 of the Act lays down that a non-citizen of India and a company not being incorporated under the Indian laws cannot hold, transfer, acquire or dispose of any immovable property situated in India except with the prior permission of the RBI. The said section provides an exception to the given rule if the property in question is transferred by way of lease for a period not exceeding 5 (five) years. Moreover, any person requiring the said permission shall have to make an application to the said authority and the RBI, on receipt of the application shall have the discretion to either grant or refuse the permission applied for, however, it shall give the applicant a reasonable opportunity for representation before refusing the application. The said Section, additionally, imposes a time limit of 90 (ninety) days on RBI to express its decision to the applicant and on failure to convey its decision within the said period, the application shall be deemed to be approved.

The Supreme Court priori declared that transfer or disposal of immovable properties situated in India by a non-citizen without the prior sanction or special permission of RBI is forbidden, unenforceable and void. Dismissing the inconsistent opinions of various High Courts, the Bench consisting of Justice A.M. Khanwilkar, Justice Indu Malhotra and Justice Ajay Rastogi accentuated the mandatory nature of the said provision rather than it being directory.

The issue in dispute arose in absence of an express provision specifying the reverberations for violating the said section due to which the implications of the said provision have been construed to mean only a regulatory measure and not one of prohibiting transfer. The deficiency being acknowledged by the Supreme Court, it highlighted the intent of the legislation for imposing the requirement under Section 31 of the Act which the contrary decisions of High Courts completely missed. The Hon’ble Court expressly stated that unless the required permission is not granted by the authority, the transfer cannot be effectuated and would attract a penalty under Section 50 of the Act.

The Supreme Court opined as aforesaid in view of Section 31 to be conjointly read with Sections 47, 50 and 63. Section 47 of the Act prohibits a person from entering a contract or agreement which would violate any of the provisions of the Act unless an approval is obtained from the RBI or the Central Government. Considering the said Section applies to every agreement constituted under the Act, Section 31 duly comes within the ambit of the same. Secondly, though no particular penalty is provided for contravening Section 31, Section 50 of the Act lays down a penal provision for imposing a liability against every individual who acts in contravention of any provision of the Act. Lastly, Section 63 empowers a Court trying a contravention under Section 56 and Section 51 of the 1973 Act, to confiscate any currency, security or any other money or property in respect of which the infringement has taken place. The expression “property” under Section 63 has been interpreted to include immovable property referred to in Section 31 of the 1973 Act.

In the light of the aforesaid decision of the Hon’ble Court, the practice and policy of mandatory sanction of Reserve Bank of India with regard to immovable properties situated in India to be obligatorily obtained by foreigners is substantiated and backed by penal provisions overseeing the breach of the same. While concluding, the Court remarked that the RBI has absolute authority under the act with respect to the permission granted by it. The Reserve Bank of India is empowered to grant as well as refuse the required permission, however, at the same time there is no possibility of providing an ex post facto approval.